We arrived at St Pauls at 10.30 am, and mingled with the fairly small crowd of onlookers. Everyone was behind the barriers manned by police who were appreciative of our presence. Assisted some tourists with photos and explained who we were and what we were there for.

Once the Royalty and other dignitaries had left, the barriers were removed and we were able to mingle with the families and friends from Grenfell. Quite a few people recognised us from our uniforms and showed appreciation for what we did at Grenfell and for our presence at St Pauls.

It was very cold and many people did not hang around and as they were dispersing we went for coffee in Starbucks close by where we were able to engage with several of the Grenfell people. One lady had lost her daughter in the fire and her brother who is 85 wanted to put flowers and light a candle. The family were still coming to terms with their grief.

A survivor told us that Jeremy Corbyn had given her a hug. She also said that despite her ordeal her faith was still strong. Had a good conversation with a man who had lost his wife in the fire.

Everyone commented that the service has helped them on their journey and they are now able to draw a line and move forward to a new beginning despite the problems that still need to be resolved. 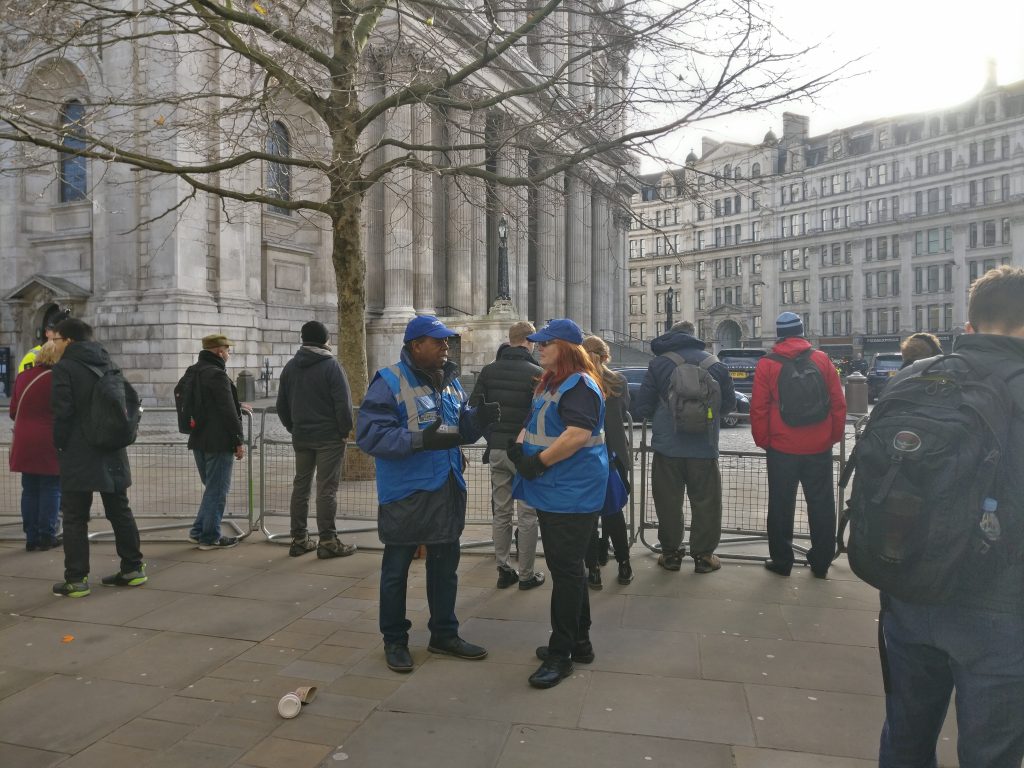 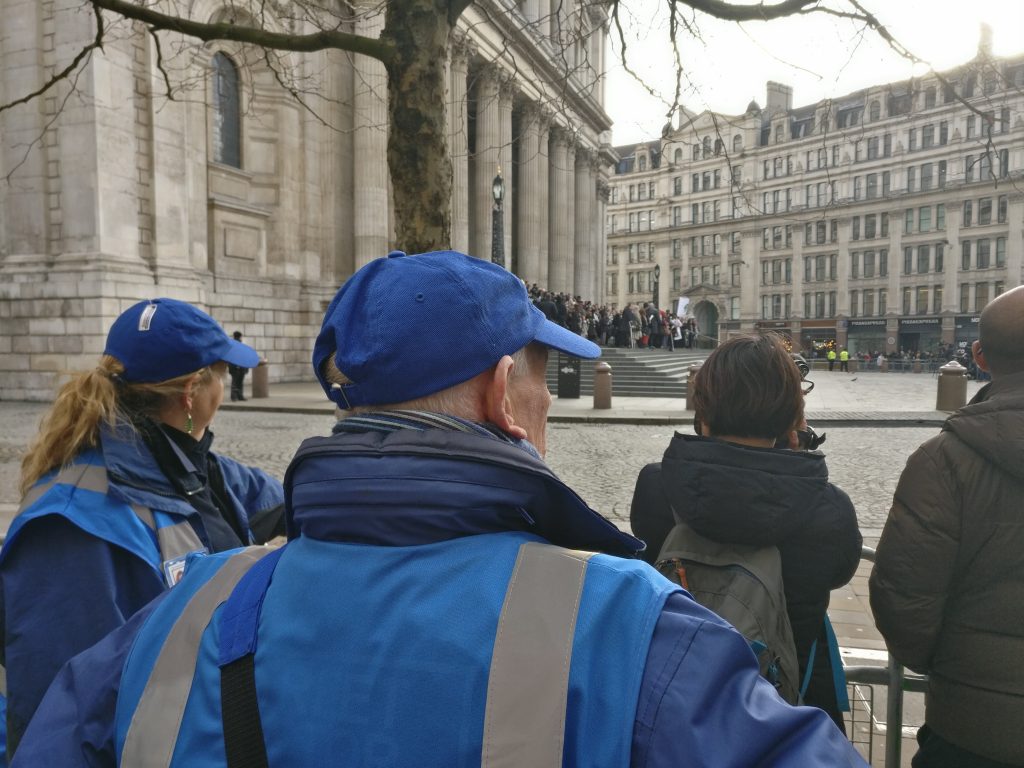