Okehampton Street Pastors with the Mayor of West Devon at Okehampton Carnival. 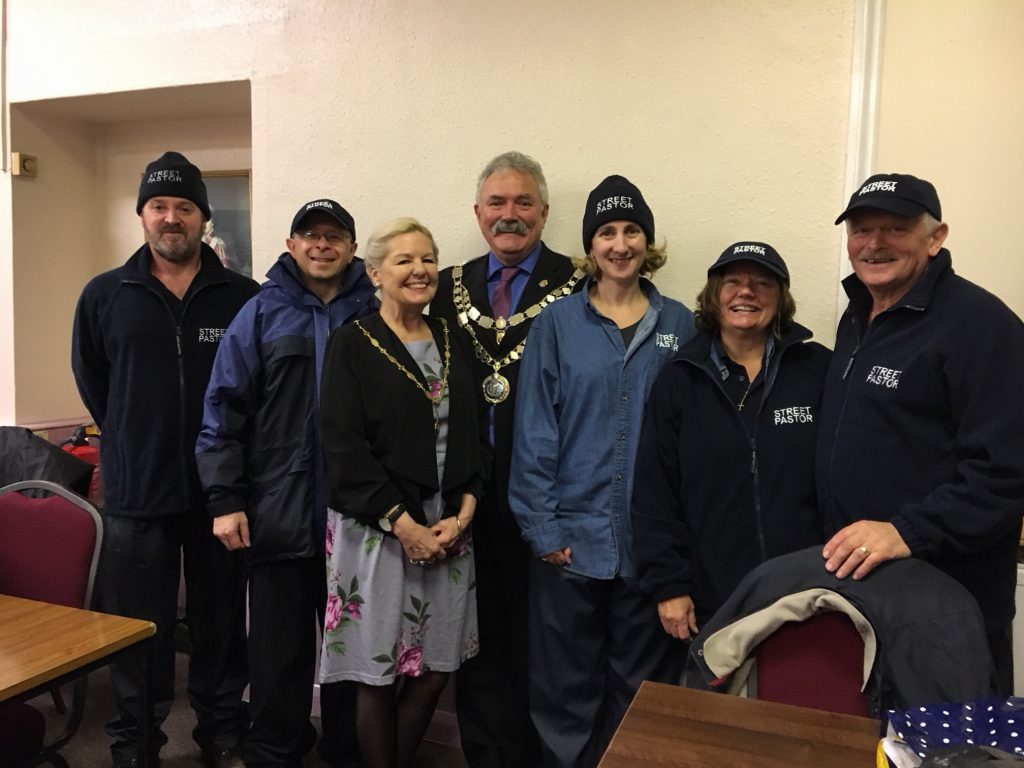 Saturday 21st October saw Okehampton Street Pastors taking part in the evening parade of Okehampton Carnival before going out on patrol. The weather was absolutely dreadful thanks to “Storm Brian” and the waterproofing of the coats got a thorough testing. Thankfully the team remained dry and warm. A huge amount of people turn out to enjoy the Carnival and the profile of Okehampton Street Pastors was raised with hundreds of people having the opportunity to see the team. The photograph above shows some of the local team with the Mayor of West Devon Borough Council – Cllr Jeff Moody and his consort, Mrs Jeff Moody prior to going out on parade. The team from L to R are: Paul Bird (Co-ordinator); Kevin Ball; Laura Bird; Julie Bailey and Ken Bragg.