UK meets with Oz street pastoring on the streets 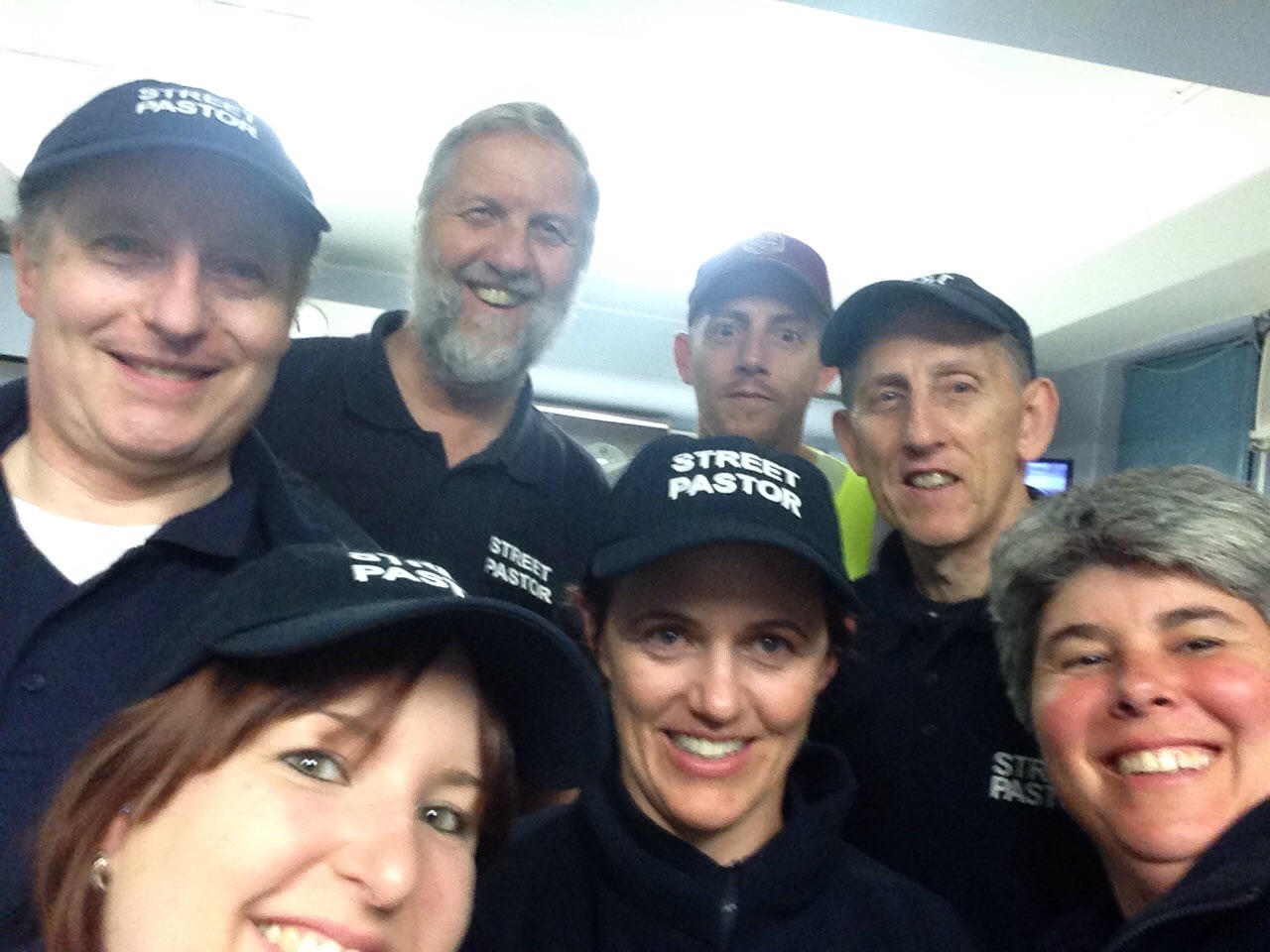 Barry Coordinator of Andover  Street Pastors is currently in Brisbane spending some time visiting family and knowing there were Street Pastors in Oz, managed to arrange a patrol with Yarra Street Pastors in Melbourne.  Barry explains:  Melbourne is reasonably close (only a 2 hour flight !!) so I figured it would be great to be able to patrol with them having come all this way.  So we jumped on a TigerAir plane and popped down for the weekend.  You can see from the picture what a happy friendly team they are.  In the picture are Amy, John, Doug, my son Christian in the observer jacket, Vanessa, me and Sarah.  Team leader Doug is also the chairman of the management committee and us both having been widowed in the last few years, find we now put a lot of our energies into Street Pastoring.

Coordinator Andrew ( a Pommie from Plymouth) picked us up early from our hotel and drove us to one of the local pubs to have a meal together.  He drove us through the Richmond area which is one of the areas they patrol.  We got to the pub early and witnessed the excitement of the locals watching the Wallabies playing rugby against the All Blacks on TV.  The match was being played at the Suncorp stadium in Brisbane.  The Wallabies won 23-18 but we had to leave before the crowds went wild.  I suspect that may have had some impact on some of the people we met later.

After the meal Andrew left us in the capable hands of Doug and we went off to their base in Fitroy Police station.  (How cool is that for partnership).  All the officers passing through know them and sometimes pass through when they are praying. Doug has invited a couple to join them in the past.  The duty sergeant came and introduced himself to my son and I and had a chat about where were from in the UK.  After a time of sharing, meeting the rest of the team, biscuits and prayer we kitted up and headed out for the streets.

There were more people out than our usual Andover Saturday nights but I found the Street Pastor role very much the same as in the UK.  I always enjoy patrols and tonight was no exception.  At one point it started to spit with rain and in my usual way I commanded the clouds to depart.  The rain stopped and we carried on.  We had all the usual elements and a fairly routine trouble free night.  We met several people asking who we were, reported a smashed in shop windows, called the Police to a fight, looked out for the lady being accosted and then followed down a side street, walked one young lady home, met several intoxicated people, several homeless, lots of nice friendly door staff, had lots of nice feedback, found a lost wallet, spoke to quite a few English people, especially Ben who has been in Oz for 7 months not doing much except ‘having a good time’, picked up over 100 bottles, swept up broken glass, had two breaks and finished wide awake about 4 am.

We made it to bed about 4.30 but our peace was soon shattered when the alarm went off at 9 am so that we could get checked out of the hotel by 10.  We could have stayed until 12 and caught up on our sleep but that would have been 60 dollars more and after all, ‘we are Street Pastors’. Doug and most of the rest of the team, were going be up for Church at 10 too so we were in good company.  God has a way of sustaining us when we give ourselves in service for Him.

Would I do it again… you bet… I will be back.